This seminar presents a detailed and comprehensive overview of the substantive changes from ASCE 7-05 to ASCE 7-10. Major revisions have taken place in both the wind design and the seismic design provisions. Wind design has changed more substantially than any time since the publication of ASCE 7-95. The reorganization of the wind provisions are addressed and the changes to the wind maps and the corresponding changes to the load factors are explained. In addition, the new simplified version of the general analytical procedure under Method 2, which is applicable to buildings of all heights, is addressed.

Explanation of the new seismic maps is presented as well as how they affect seismic design results. There are many other significant changes to the ASCE 7 seismic provisions (Chapters 11, 12, 21 and 22), such as changes to Table 12.2-1 (the R-values table) and new provisions for wall anchorage, that are included.

In addition to covering changes to the wind and seismic provisions, the seminar also presents an overview of the substantive changes to the other provisions found in ASCE 7. These include the introduction of performance-based design procedures, enhancement of the general structural integrity requirements, revisions to load combinations, new live loads, and changes to snow load provisions. 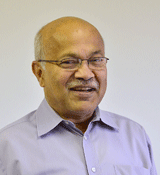 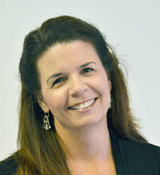 Ms. Susan Dowty received her Bachelor of Science degree in Civil Engineering from Cal Poly, San Luis Obispo in 1984 and her Master of Science degree from California State University, Long Beach in 1990. She is a registered civil and structural engineer in the State of California and has over twenty years experience in the administration and development of the Uniform Building Code provisions. She has played an active role in the development of structural provisions for the International Building Code, serving as the Structural Committee Secretariat. She has also been instrumental in the development of a number of structural engineering related publications produced by ICC and SKGA. She served as the consultant for the reformat of the ASCE 7-05 seismic provisions and served a four-year term on the California Building Standards Commission.