It Just Ain't So: Welding Myths that Structural Engineers Need to Know About

Perhaps you’ve heard of some of these “welding myths”. As is often the case, some of these myths are rooted in facts, but also have exceptions. With a focus on practicing structural engineers, this webinar will tackle ten welding myths, identifying what is fact and what is not, and offering practical advice to better address these situations that are addressed by these often misleading myths. 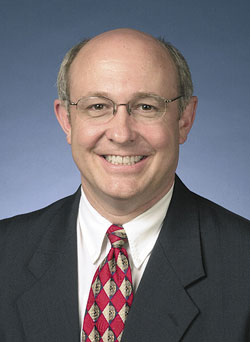 Duane K. Miller, Sc.D., P.E., is a recognized authority on the design and performance of welded connections. He is a popular speaker on the subject and has lectured around the world. In 2015, he was named an AWS Fellow. He received the American Institute of Steel Construction's T. R. Higgins Lectureship Award in 2001, the AISC Lifetime Achievement Award in 2005, and became the eighth recipient of the AISC Robert P. Stupp Award for Leadership Excellence in 2016; he became the first recipient of the AISC Steel Conference Speaker Award in 2018. He was appointed an Adjunct Professor at the University of Alberta in 2019. He has authored or co-authored texts and chapters of many handbooks, including the AISC Design Guide on Welding and the Mark’s Handbook of Engineering, 12th Edition. He has appeared as a subject expert on the History Channel and Discovery Channel.

Dr. Miller earned a B.S. degree in Welding Engineering from LeTourneau University in Longview, Texas, an M.S. in Materials Engineering from the University of Wisconsin - Milwaukee, and was awarded an honorary Doctor of Science degree from LeTourneau University in 1997. He is a former Chair of the AWS D1 Structural Welding Code Committee. He was the first Chair of the Seismic Welding Subcommittee and is a former co-chair of the AASHTO-AWS D1.5 Bridge Welding Code Committee. His current technical involvement includes membership on the AWS D1 committee and the AISC Specification Committee. He is a Professional Engineer, and formerly a Certified Welding Inspector and Qualified Welder.